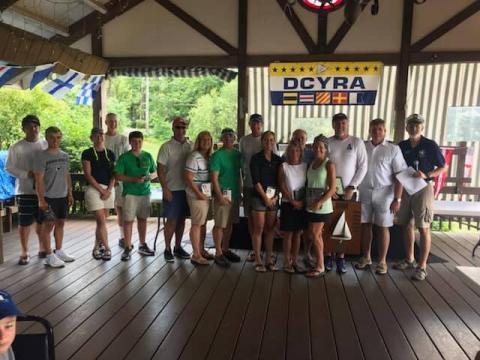 The 2019 Sandy Douglass Memorial Regatta at Deep Creek is a wrap with two beautiful but challenging days of sailing. WIth Harry Carpenter, Tyler and Carrie ANdrews running races,  Bruce and Lynn Kitchen were Gold Class winners in a tight fleet of 21 boats. Robert Gerlach & Anthony Celo won the SIlver Class, Charles & Sarah Buffington were Masters winners and Rose and Eric von Eckhartsberg were Challenger winners. Oh, and the monkey? He went to Robert and Nina Cummings who... Read More

The 51st Annual Buckeye Regatta at Hoover Sailing Club was held May 18 and 19, 2019. It blew hard but the competitors were a hardy bunch who mostly stayed upright and in the boats. Bruce and Linney Kitchen from Cowan Lake took 1st place followed by Frank and Marianne Gerry in 2nd and our local team of Ray and Scot Trask in 3rd.  Charles and Sarah Buffington joined us as a third traveling team, pictured together with Kitchen’s and Gerry’s. We got 5 races in, including... Read More 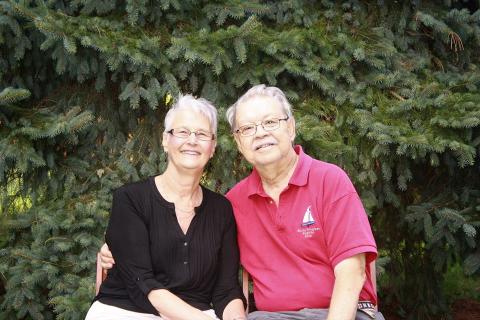 It is with a heavy heart that we tell the Flying Scot community that Tom Hohler passed away on January 9, 2018,at age 73. Tom was a stalwart of the Flying Scot class, having served as Ohio District Governor for several years, before joining his wife Chris Czapleski in France on her very exciting teaching journey.  Chris describes him as Thomas Paul Hohler, Ph.D. – teacher, scholar of philosophy, passionate competitive sailor, and, especially, husband and... Read More 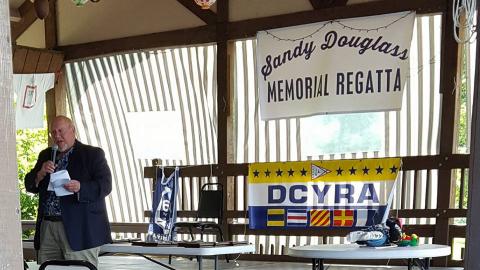 Fifty two boats completed in this year's Sandy Douglass Memorial Regatta, while the factory celebrated 60 years.  With 24 boats in the Gold Class, Zeke Horowitz and Cole Allsopp came away with first place.  The Silver Class was won by Emily Meehan and Ashley Fulk, and the Masters Class was won by Ed Peters and Sue Chase.  District Governor Martha Sweterlitsch wrote on Facebook: A great weekend at the Sandy Douglas Memorial Regatta with Cathy Huston, and Larry and Deb... Read More 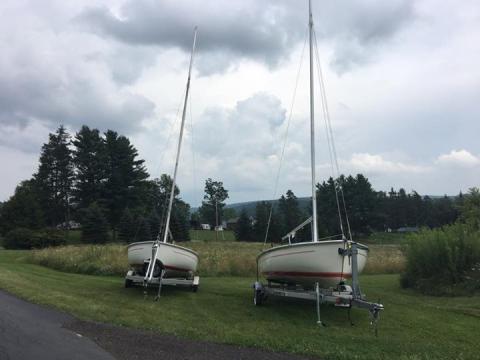