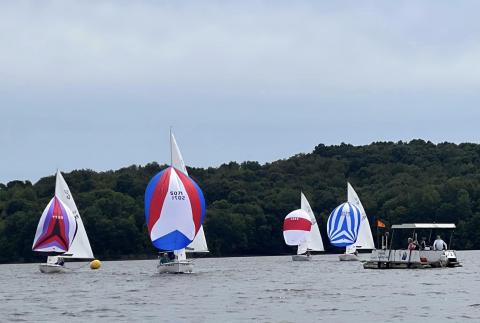 From Dan Tobin: The Ohio District Championship and Fleet 80 Sail for the Grail Regatta were held together on September 10 and 11 at Lake Arthur, Moraine State Park, Butler County, Pennsylvania. Wind conditions were light on Saturday, and the Race Day PRO Dan Goldberg set up three LF2 courses. The wind held pretty steady (for Moraine), and three races were completed by mid-afternoon. The Sunday traditional format was a Bridge-to-Bridge race that traversed the entire lake in one long lap. With... Read More

FSSA Past President Barbara Griffin Has Passed Away 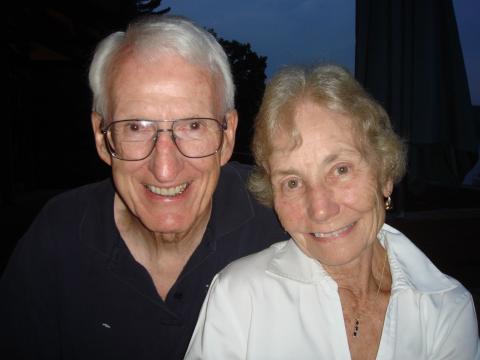 From Greg Shafer at Deep Creek: It is with great sadness that we share the news that a great icon for sailing on Deep Creek Lake and beyond, Barbara Griffin, passed away on January 5, 2022 at home with her husband, Don, and two of her daughters at her side.  Her passion for sailing was revealed not only on the water but also as a leader in numerous organizations that support sailing on Deep Creek Lake and across the nation.  Don mentioned that Barb was president of thirteen... Read More 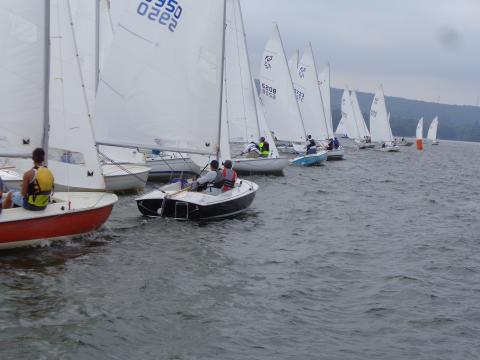 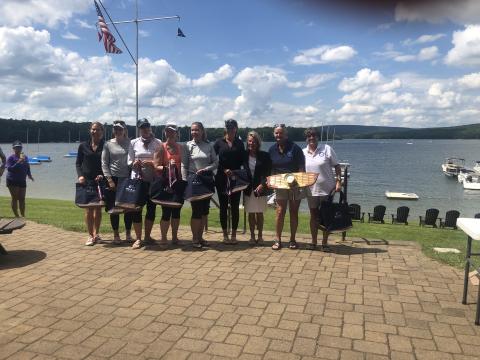 The 2021 Women's NAC is a wrap. With 24 boats - can you believe it - on the line it was quite exciting. And on Day 2 we had more wind, 10-12 from the SW, shifting a bit later in the day. The RC got in 3 great races today with places changing several times in both divisions.  In the end, Greta Mittman and Heidi Gough won the Championship and Tracy Crothers and Jennifer Judkins won the Challenger Division. Both teams are from Dallas. Jen Meehan did an... Read More 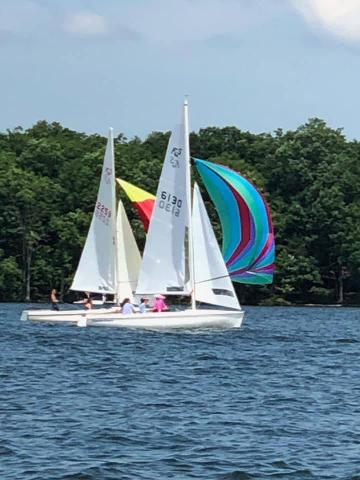 Harry Carpenter and the RC gave us 2 great 5-leg Windward Leeward courses right out in front if Deep Creek Turkey Neck. We moved to another area for race 3 but the wind died and we headed in. Tomorrow is another day. After Day 1 the eaders in the Championship Fivision are Greta Mittman and Heidi Gough. In Challenger, Tracy Crothers and Jennifer Nudlins are in the lead.  On to the cocktail party and dinner. Picture courtesy of Harvey Davidson. Full results are here ... Read More