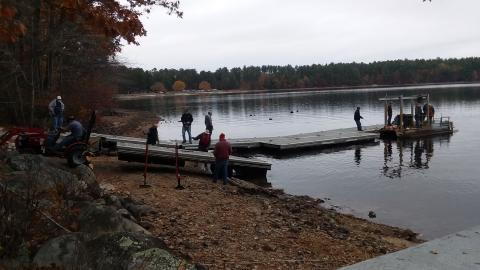 Got Water?  We Had Just Enough at the MYC 65th Annual Regatta - full results are here When the time approached for the 2014 Massapoag Yacht Club 65th Annual Regatta in Sharon, MA, as regatta chairperson, I knew we had some hard decision to make.  There had been some unexpected lowering of the lake this summer, followed by a very dry spell resulting in no recovery of the lake level.  As the beach got bigger and... Read More

The 2014 New England District Championships were held at Sandy Bay Yacht Club in Rockport, MA, on July 26, 2014.  On a partly sunny 75+ degree day, five races, perfectly set by the Race Committee, were run in southwest 12-15 knot winds, occasionally gusting a bit higher.  The 12-boat fleet were from 3 New England clubs - Sandy Bay Yacht Club, Massapoag Yacht Club and Duxbury Yacht Club.  There did not seem to be a right way to go but it seemed that there was some magic in... Read More

2014 Fleet of the Year Nominations

Last Year's Fleet of the Year winner was Lake Norman Yacht Club - pictured Carol Claypool and Frank Gerry Once again it's time to send in nominations for the FSSA Fleet of the Year Award.  This prestigious award is presented to an outstanding Flying Scot® fleet each year at the Annual Meeting during the NAC.  Last year's recipient was Fleet 48 from Lake Norman Yacht Club.  Please take time to review the application available here and submit your fleet for... Read More

From Diane Kampf - Greg and I had the pleasure of participating in the 6th Annual Flying Scot Chaos Cup regatta at Quannapowitt Yacht Club in Wakefield, MA, on Saturday, October 19.  the Chaos Cup has a long history at QYC, but most recently has become a Flying Scot regatta. QYC has a long history as well, being the oldest inland Yacht Club in the country having been founded in 1884!  It was a rare 70-degree day in October and very sunny with light air - note... Read More 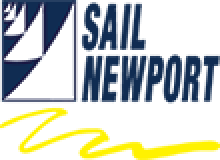