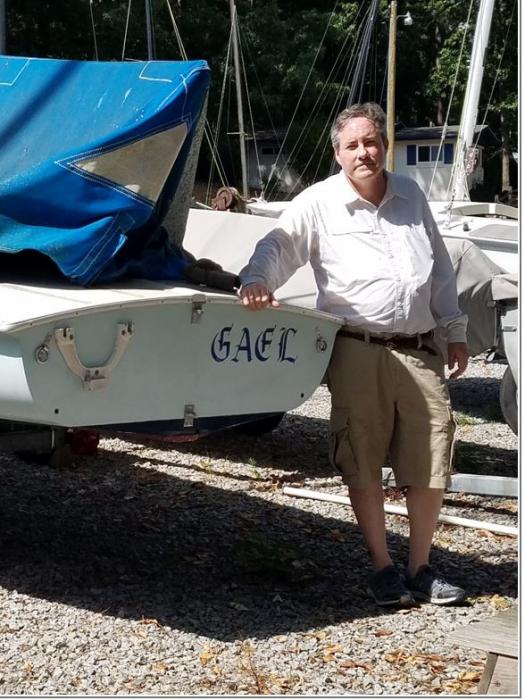 In a late afternoon in July of 1979, Eric Ammann and Harry Carpenter launched two Scots from the Hickory Ridge ramp at Deep Creek Lake, the nearest Deep Creek ever gets to the Deer Park factory.  Harry delivered a new boat to Penn Point, where the Morey family greeted its arrival.  In the other Scot Eric sailed Harry back to Hickory Ridge.  For 20 years I sailed and raced 3277 with my brother Mark, my brother John, and our father John senior.  We started in B fleet (of Fleet 6) until we aced all the races in one weekend.  The next weekend Joe Becker, in the classic lapstrake Infallible, pointed to us and moved us to A fleet.  There we faced formidable competition: Don Hott, Dick Gregory, Ed Bishop, Ted Kemp, Bruce Spinnenweber, Harry and his brother Jack, and even Sandy Douglass himself.  We sailed crazy, treasure hunt courses, and once in a while got into some silver.

In the summer of 2000 I brought the boat south to Lake Lanier, north of Atlanta, where Fleet 111 was building.  Flying Scot 3277 is by no means the oldest boat in Fleet 111, to say nothing of all the other pre-1979 Scots sailing around the country, but I do wonder if I can lay claim to a title:  the Scot owner who has sailed the longest time with the same boat.  Any challengers out there who exceed 40 years?