Our District Governor is Jim Colegrove. the Midwest District is also home to FSSA Past Commodore Bill Vogler. 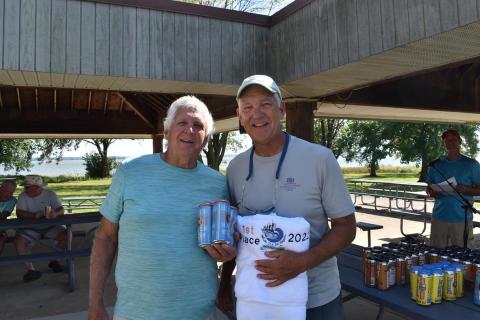 From Bill Vigler: Carlyle Sailing Association held their multi-class Whale of a Sail Regatta on 9/17-9/18/2022. It was sunny and warm in the 80's with south winds 8-15 - sounds like a perfect weekend. The competition was spirited and the racers had fun. In the Flying Scot Fleet, former collegiate sailors Karl Schuette and crew Andy had 3 bullets on Saturday but could not attend on Sunday. Winners were Greg Florian and Kay Ward, who sail a Scot now after years of... Read More 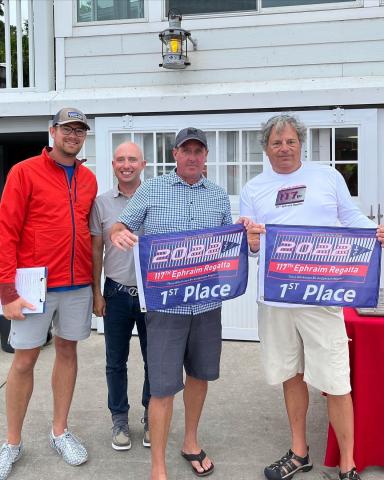 Twenty two boats registered for what turned out to be a wet and wild weekend for the 117th Ephraim Regatta. We hope all those that travelled to Ephraim for the weekend get home safely!  Congrats to all the participants. Top 5 - 1st David Ames and Dave Gorwitz, 2nd Michael Faugust and Jennifer Ikeda, 3rd Woody Heidler and Isak Peterson, 4th Eric Bussell and Richard Alonso, 5th PJ Buhler and Liz Goerfhita. Full results are here.  Read More

By Randy Blaser  Midwest District Championship: When competitors gathered at Delavan Lake, WI., last weekend (7/23-7/24/2022) for the FS Midwest District Championship, they experienced a season’s worth of weather in one weekend, great competitive racing, and meeting up again with old friends and new ones at the beautiful grounds of the hosts Delavan Lake Yacht Club. Day one began under sunny skies and near perfect conditions with winds at 8 to 11 mph. But winds continued to build... Read More

How Many People Can You Fit on a Flying Scot? 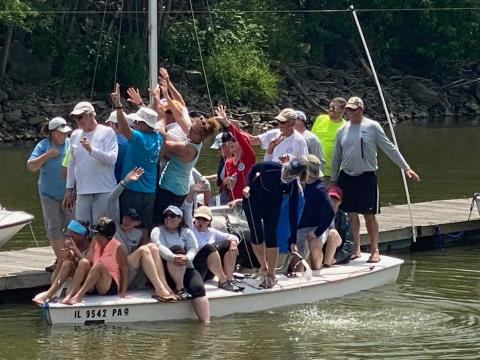 At the Egyptian Cup this year, the participants decided to repeat an activity from several years ago, circa 1994, at the same event. The last time there were 28 people along with a keg of beer on the boat.  This year, there were no kegs, so they were able to get 32 people on the boat with no water coming over the centerboard trunk (well maybe a little).  What a boat! Read More

Captain Jack McClurkin has passed away 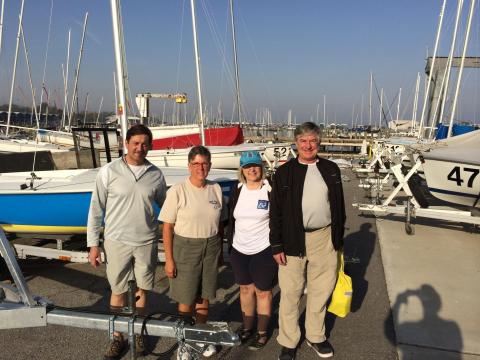 From Bill Vogler : Sorry to report that long time Flying Scot Sailor Jack McClurkin died early this week while vacationing in Florida.  He had sailed Scots since the 1980's, served as an FSSA Executive Committee member, and regularly attended regional and national Scot events for four decades.  In his most recent Scot event, he and crew Marc Schillebeeckx finished 11th of 31 at the competitive Glow in the Dark regatta in October, 2021.  Jack was a businessman and entrepreneur... Read More