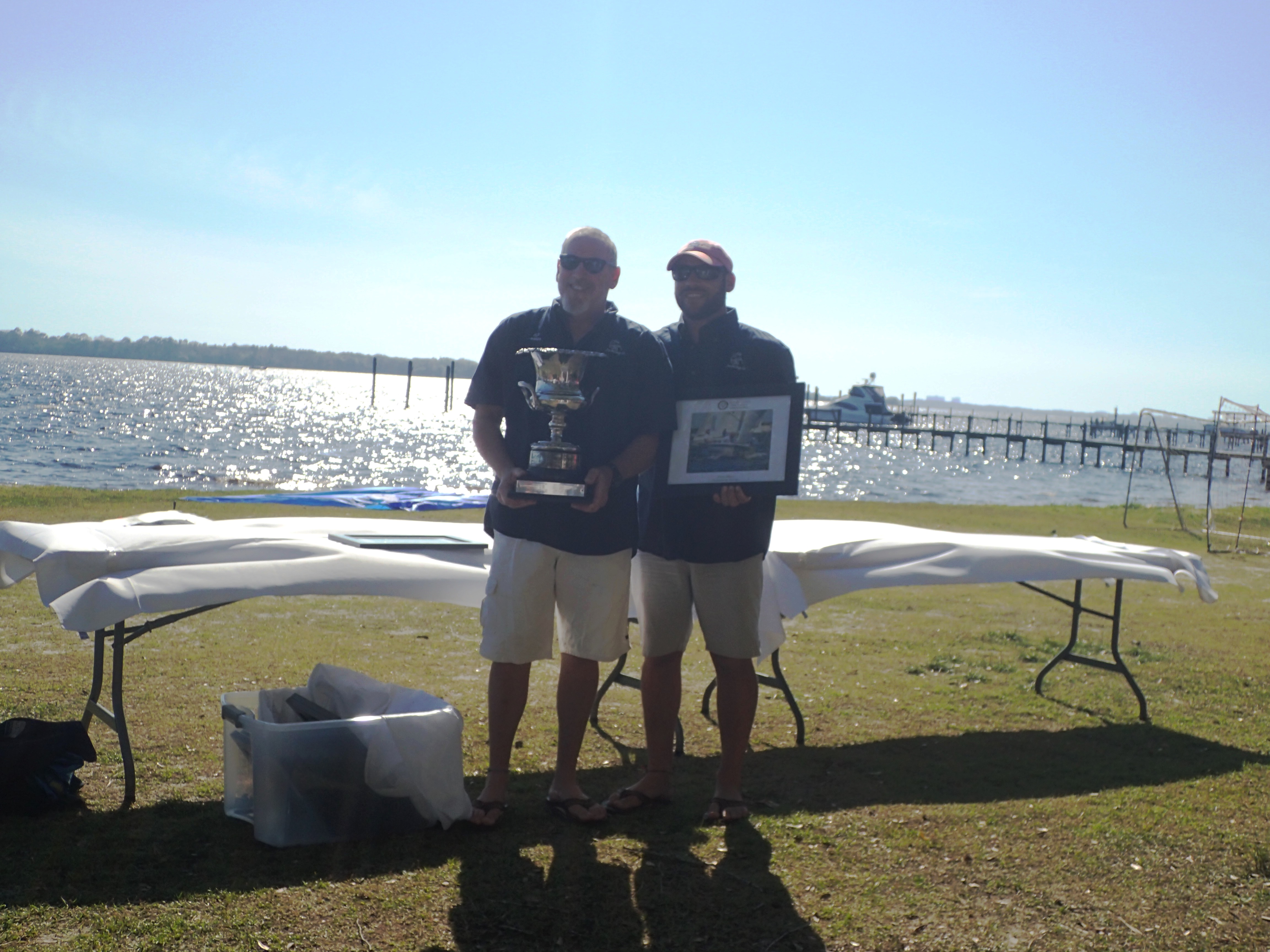 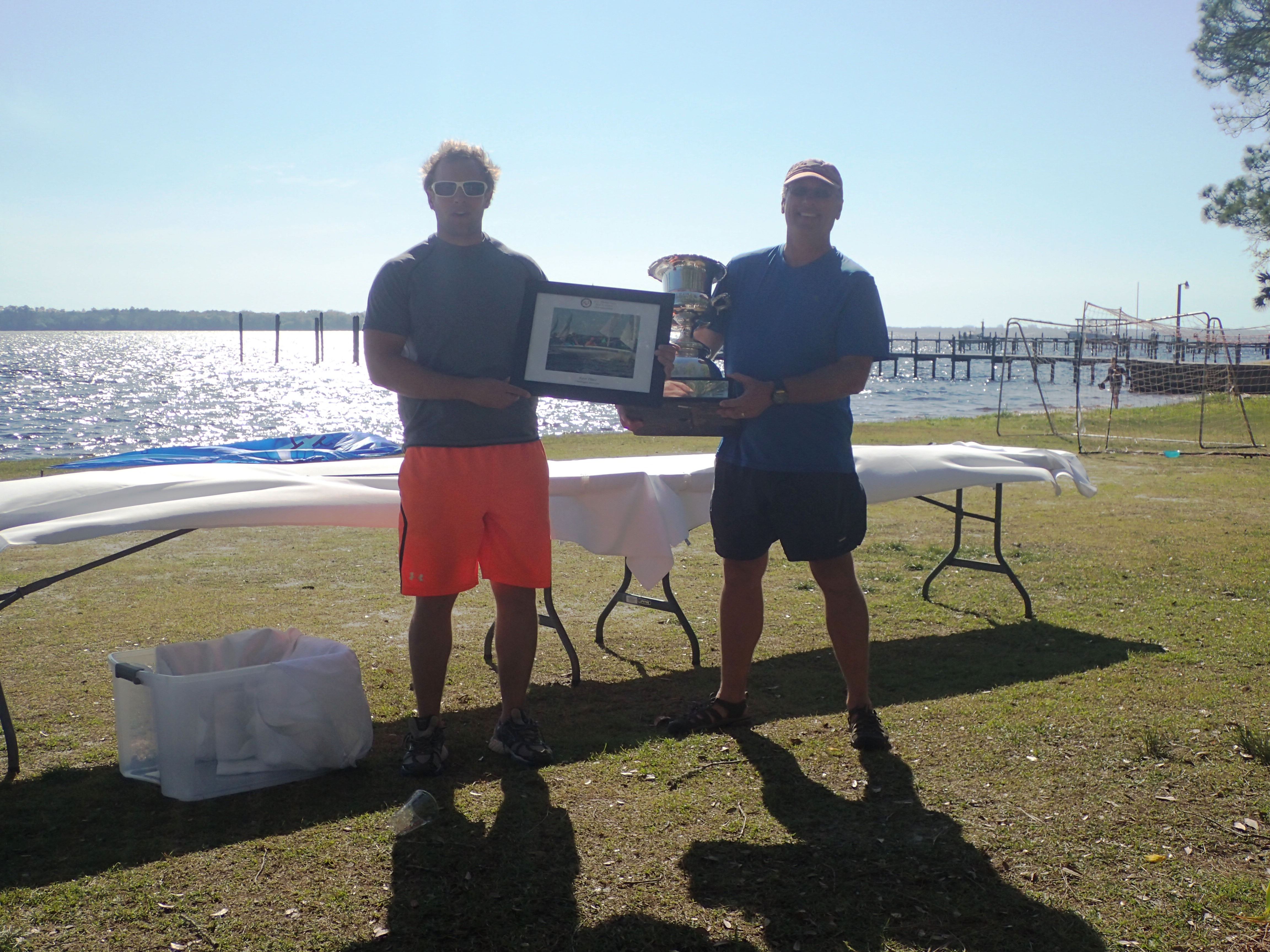 Another perfect day in paradise sailing out of St.Andrews Bay Yacht Club for the final day of the Flying Scot Midwinters!  With temperatures again in the 70’s and a beautiful sunny day, we started an hour early to get in as much racing as we could.  There were lots of smiling faces and handshakes even before racing. And one particular skipper has a great sense of humor.  The first place Challenger boat through day 3 is names Flying Fox, and one of the close competitors temporarily gave his boat a new name “Fox Hunter”.   Gotta love the great sports in this class!!

Sailing out to the race course we had a 5-7 MPH West wind that picked up a little and died down a little as we went.  We reached the race committee and thought we would start with the wind from the west, but just a few minutes before the 11:30 start, the sea breeze came in from the South and picked up a little.  The Race Committee raised the postpone flag and quickly moved the course.

With perfect conditions we started the first W-L 4 race with 8-10 MPH winds.  Several boats went far right and several went far left.  Seems like the far left boats made out a little on the far right boats.   The second leg we had a wind shift and going left then right was the better way to go.

As soon as the Challengers finished the first race, the Race Committee was all set to start the second race for Championship – wasted no time!  The second W-L 4 race was in 10-11 MPH winds and either left or right worked for the lead boats, so coming together at the gates was interesting with most wanting to get to the left gate, but some yielding and going to the right gate to avoid the traffic.  At the end of the race we saw the flags for no more racing today so we all had a nice spinnaker run into the club to start getting packed up for the trip home.

Mike Douglas, son of long time Flying Scot sailor and St.Andrews Bay member Allen Douglas, awarded the Allen Douglas sportsmanship award to Henry Picco.  This is voted on by the participants in the regatta and it is a great honor to win this award.  It is well deserved by Henry who is always lending a hand and always a gentleman to everyone around him.  Way to go Henry!

Chris Reiss and her regatta crew and William Zehner and his Race Committee at St.Andrews Bay Yacht Club did a fabulous job and we thank them so much for the hospitality and the great time.  Many people remarked it was good to come "home" to Panama City!  Congratulations  to all participants and have a great trip home!