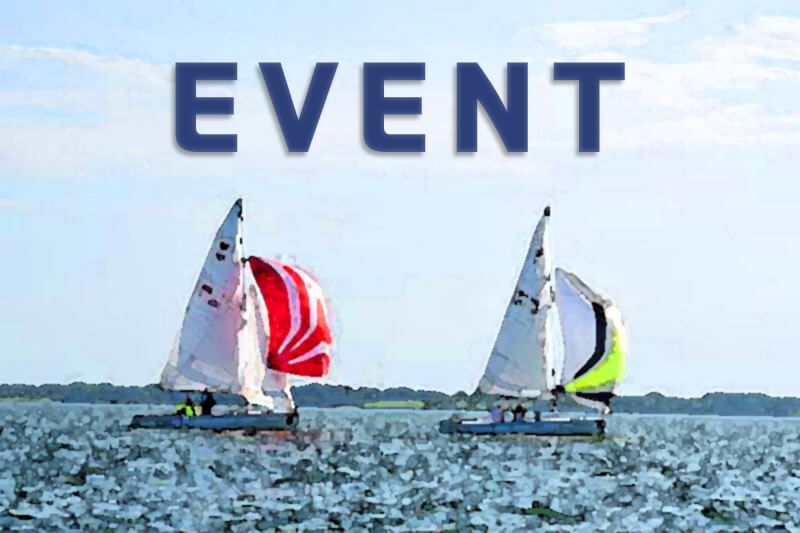 Then there was Chaos! In 1955 A legend was born named Chaos. Chaos was an International 110 sailboat Built By Graves Boat Yard in Marblehead Massachusetts in 1955. QYC member John King purchased the sailboat in 1955 and sailed on Lake Quannapowitt for nearly 25 years. The Chaos Cup Regatta was created in 1984 and was a well attended for years because of the consistent conditions late October like temperatures in the mid 60’s and stiff breezes. People arrived early Friday afternoon to launch and tune their boats to prepare for the regatta. The regatta also provided plenty of action for spectators at the club and always drew a crowd.

The regatta was hosted for the next 19 years every Columbus Day Weekend until John Died in 2002. John had been a fixture at the club as long as most anyone could remember. John visited the club practically every day, all year around; to feed the mother ducks that he always named 'Matilda'. After a funeral service at the club John's ashes were spread out into the lake. Ironically Chaos, the boat, sank one year after John died in 2003.

In 2008 QYC has decided to host the Chaos Cup again but now in the Flying Scot. QYC no longer has a 110 fleet so switching to Flying Scot seemed like a logical idea. We are maintaining the spirit of the Columbus Day regatta by hosting the regatta in the late fall on Saturday October 18th 2008. The 18th was selected because of a conflict on Columbus Day. Come to the regatta and see if you & your crew have what it takes to put your name on the cup!