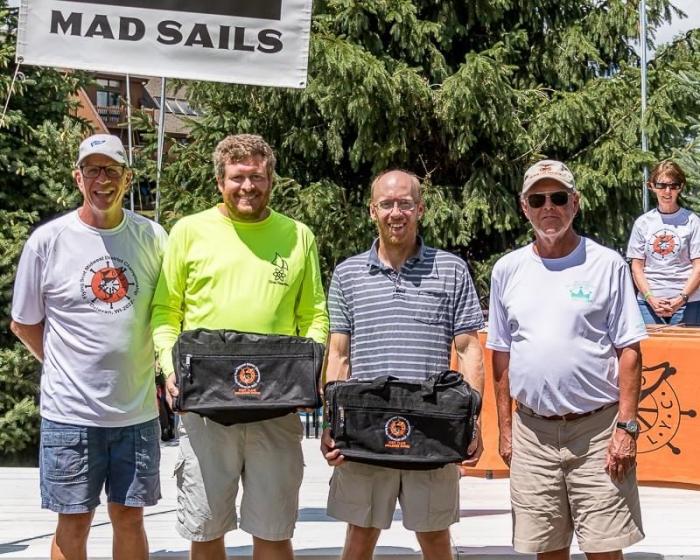 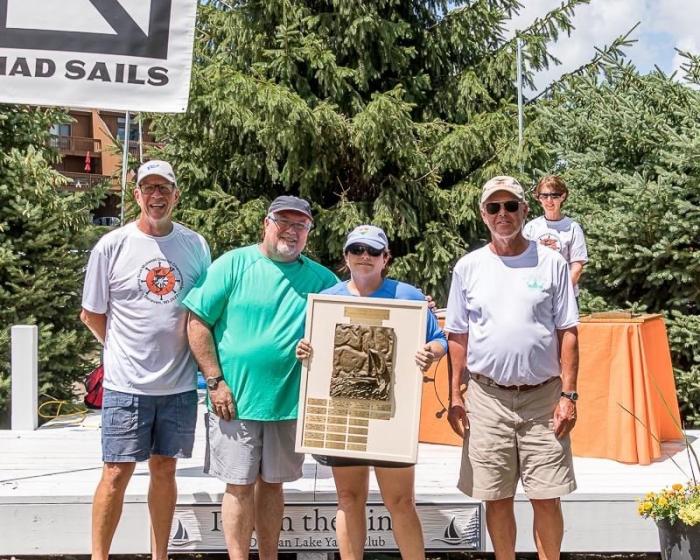 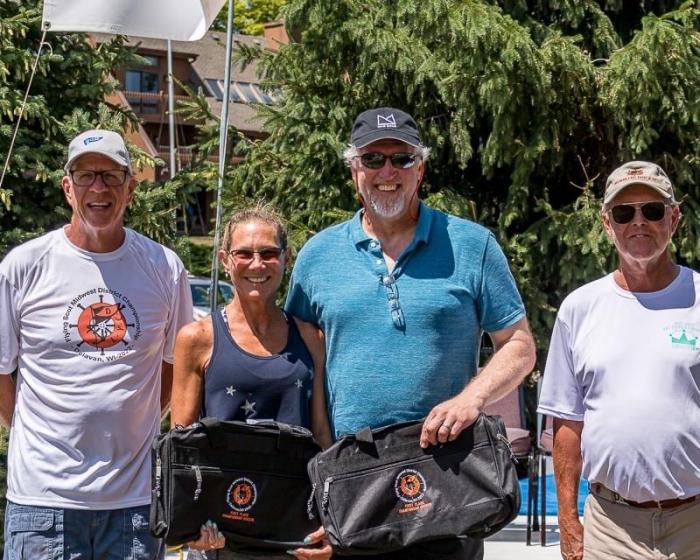 Midwest District Championship: When competitors gathered at Delavan Lake, WI., last weekend (7/23-7/24/2022) for the FS Midwest District Championship, they experienced a season’s worth of weather in one weekend, great competitive racing, and meeting up again with old friends and new ones at the beautiful grounds of the hosts Delavan Lake Yacht Club. Day one began under sunny skies and near perfect conditions with winds at 8 to 11 mph. But winds continued to build throughout the day, reaching 18-21 mph with gusts to 25 mph by the middle of the second race. Several boats dropped out, one capsized and we called it a day after the finish. The second day of racing started much calmer, shrouded in fog and rain. But the advantage for sailing was that the recreational power boaters stayed home and those powered by wind enjoyed calm waters. Two good races with downwind finishes ended the day’s events. DLYC was pleased to host the event, generously sponsored by Mad Sails, and thoroughly enjoyed the racing, the DLYC grounds, the camaraderie and the food. A special moment occurred during before dinner on Saturday when Frank Gerry led the group in honoring longtime friend and Scot sailor Jack McClurkin, who was also a former member of DLYC.