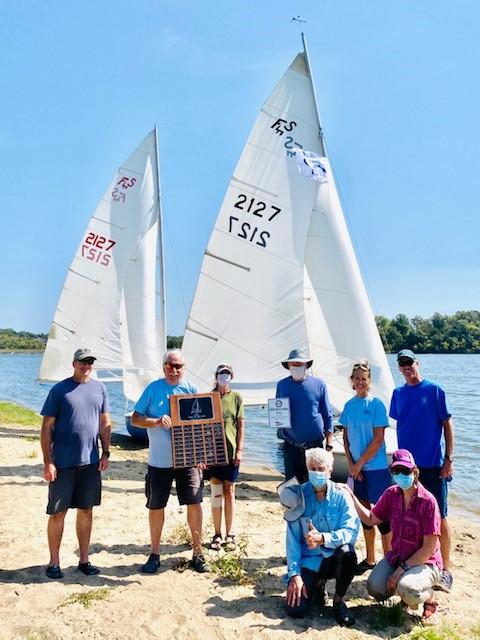 The Flying Scot Fleet of the Year Award is usually presented at the Annual Meeting during the North American Championships. Well, with this unusual year, due to COVID-19, the NAC was postponed to 2021, and the Annual Meeting being via Zoom conference, where the award was announced, but no one from that fleet was on the call. So, Fleet 76 from Massapoag Yacht Club in Sharon, MA, the recipient of the 2019 Fleet of the Year Award, wanted to make sure the tea am who won this year got the award. We were able to get the award engraved and get a keeper for them and sent it along to the Fleet.

This year’s recipient was Fleet 210 at Capital City Sailing Association, Jefferson City, MO. They are a small but growing fleet.  They are using Flying Scots in their Junior program and sailing school. They have had booths and been in parades promoting the Flying Scot.

Congratulations to Fleet 210 and Fleet Captain George McDonald. The Fleet passed on their thanks to the officers for our show of support for their Fleet. Perhaps your fleet will send in an application next year and be considered for this prestigious award?