2017 Southwest Districts Flooded Out - Still a Great Effort by Fleet 23! 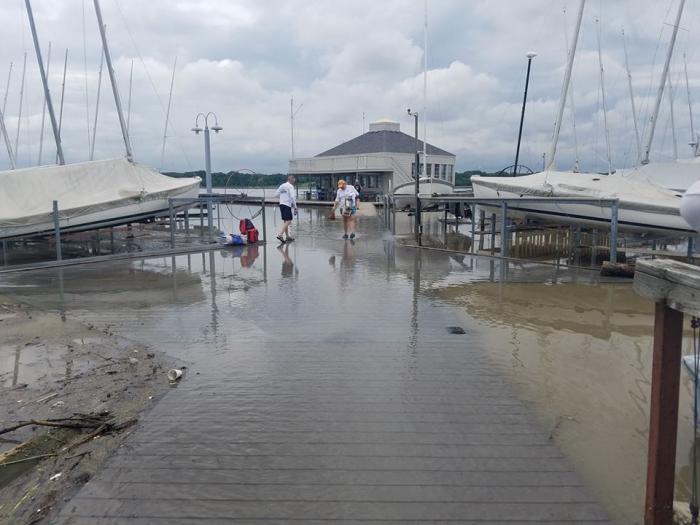 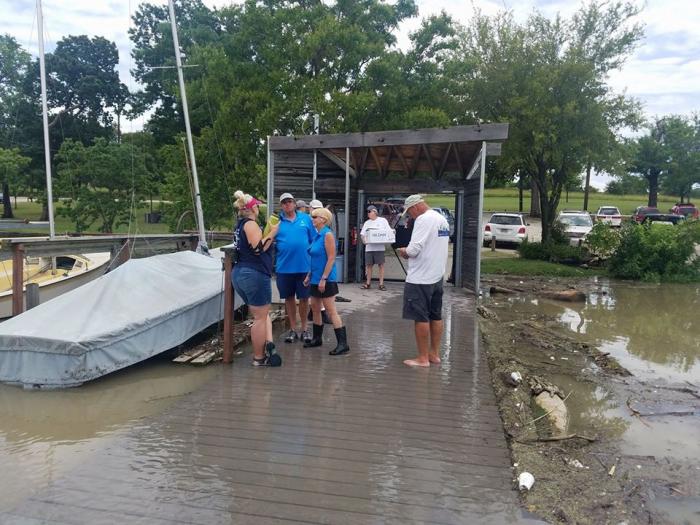 The 2017 Southwest District Flying Scot Championships have been abandoned today and will be rescheduled later this year. I want to personally thank everyone involved with this event. Despite the flooding and lack of wind we all had a positive experience. Corinthian Sailing Club has great members. I want to tell you that while we waited in vain for the wind our happy group of volunteers and sailors had fun doing several important activities. We rescued a Flying Scot that was found swamped near the spillway. Our group temporarily fixed two broken davits and drained three swamped Flying Scots. The extensive amount of flotsam and jetsam left by the receding water were removed from the docks by our team. Logs, stumps, branches and trees were towed out of the slips and pulled out of the water. The amount of work completed was impressive. Meanwhile the wind never showed up. But the powerful kind spirit of our club reigns supreme. Thank you all for making this a great weekend. Sail a Flying Scot and have an adventure!

More to come once this has been rescheduled!