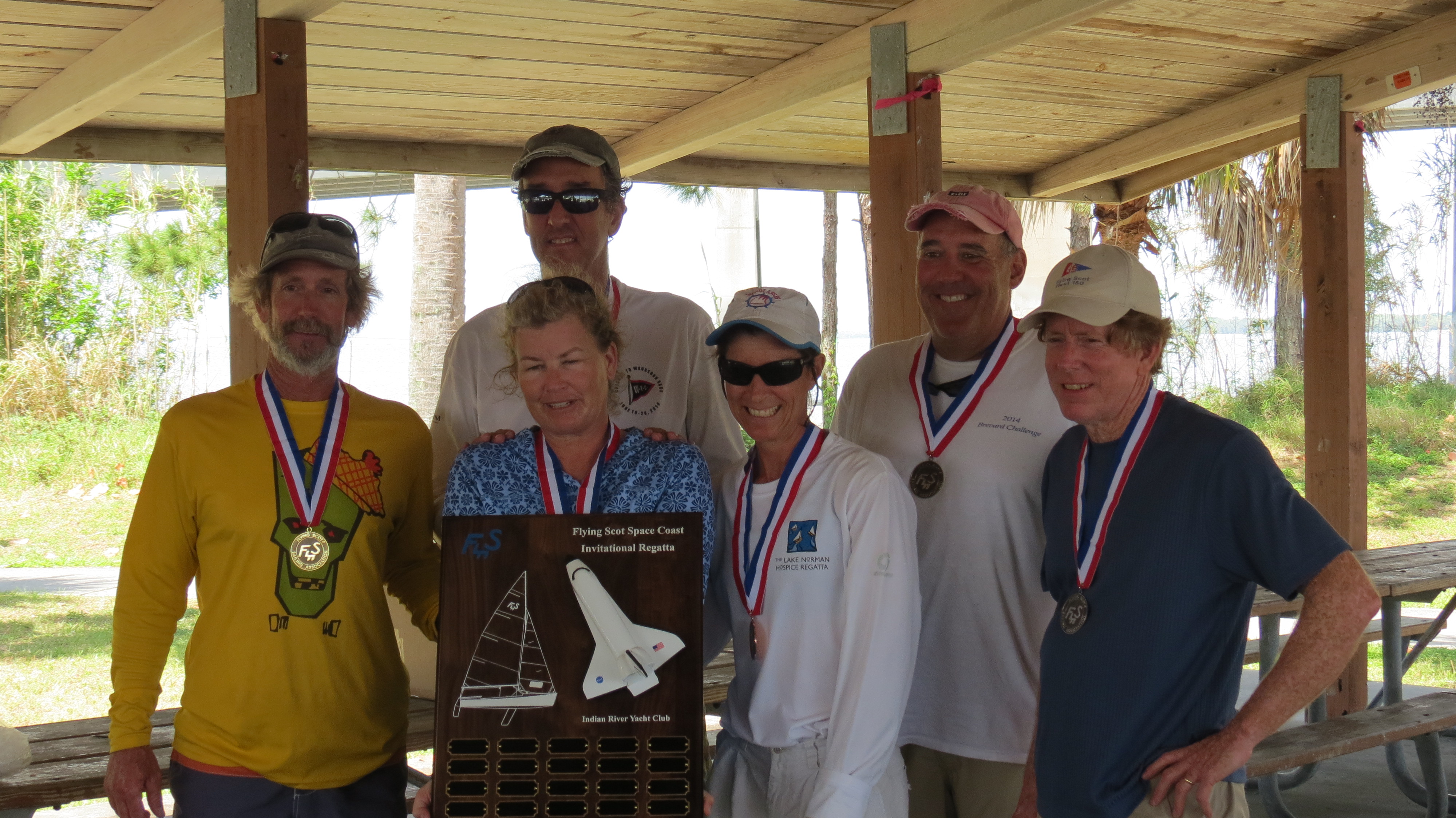 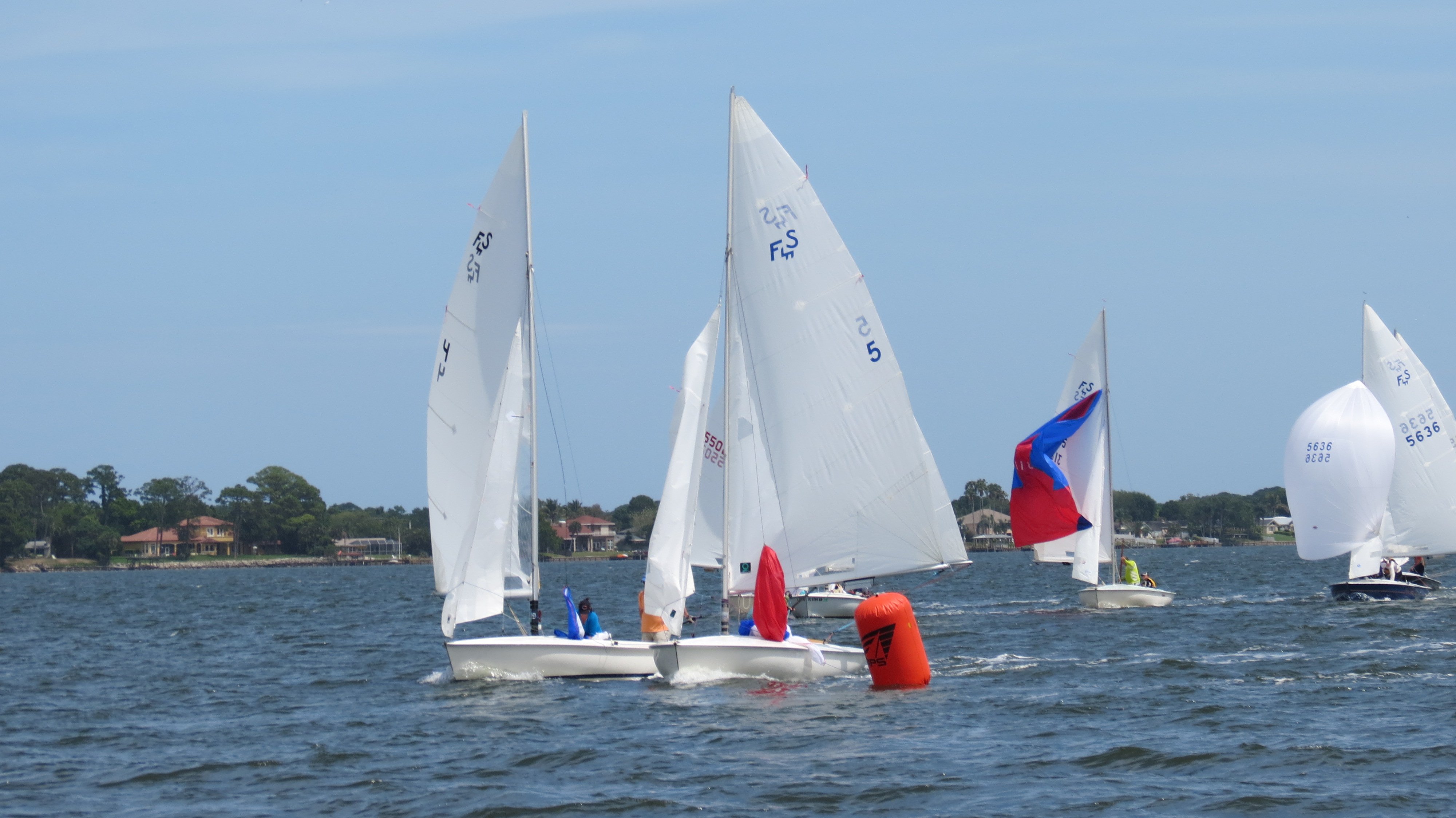 The weekend kicked off with many Scots arriving on Friday afternoon and early evening; the much anticipated Space-X rocket launch was delayed due to weather and was pushed off until Monday evening; however, the weather delay that was not good for rockets was great for sailboats!  Brisk southerly breezes settled in both days allowing for some great, tight sailing for eleven Scots.

The truly big news of the weekend did not take place on the water, but rather at the end of the Skippers Meeting when our District Governor, Mark Taylor, proposed to his lovely girlfriend Michelle, asking for her hand in marriage !

Scot sailors are really one big family and let’s wish them all the happiness in the world.

The Race Committee did an excellent job getting in six races over two days; after a postponement on Saturday waiting for the sea breeze to fill in, the breeze built nicely throughout the afternoon.  Sunday went off on schedule and the boats were all back in and out of the water by 1:00pm.

The regatta ended with a tie between Mid-winter Champions Jeff and Amy Linton and Florida District Series Champion Tom McNally, with Jeff and Amy taking it on a tie-breaker, followed by Dave and Kim Thinel rounding out the top 3. The FSSA Foundation donated medals for the District Champions, along with the Indian River Yacht Club commissioning a new perpetual trophy that featured a space shuttle made from an actual shuttle tile. 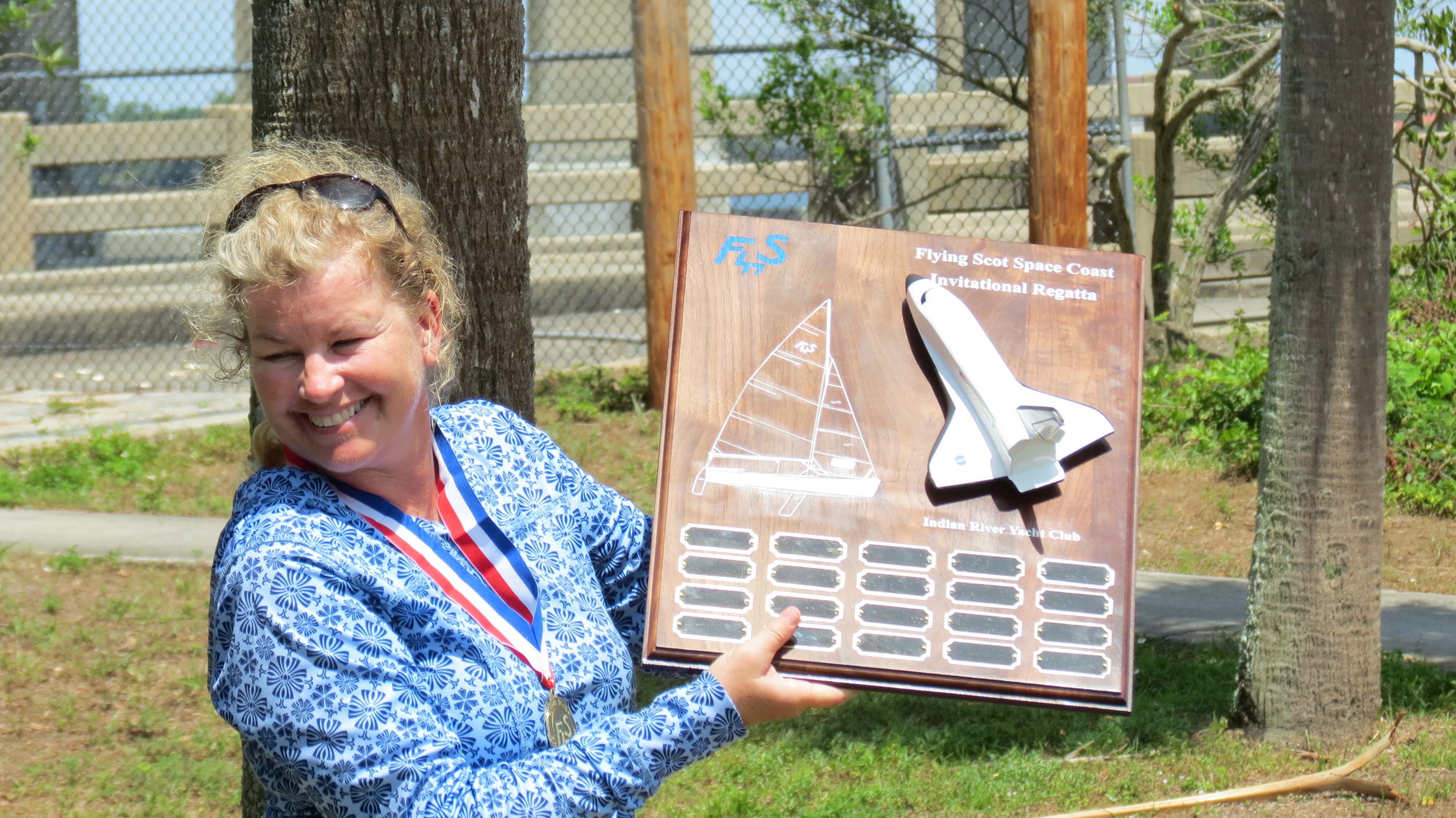 Thank you to all the sailors, IRYC and many volunteers that made the regatta a success. We look forward to everyone marking their calendar for next year’s Florida District Championship.