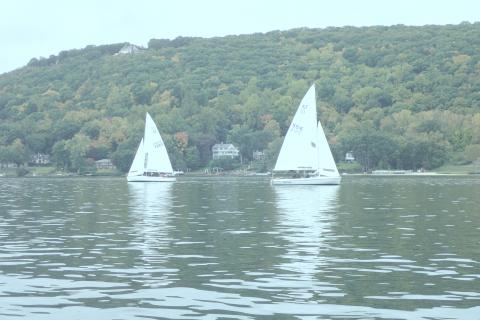 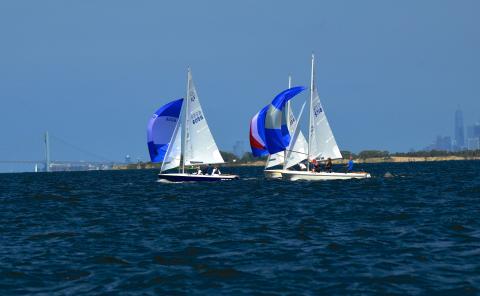 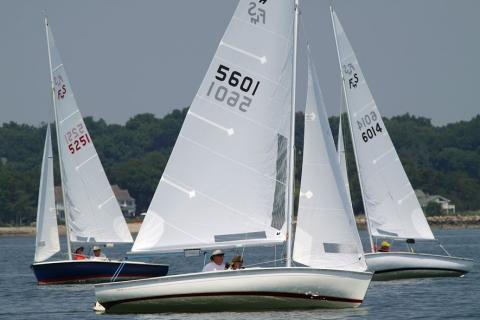 Story by Erin Cummings - Fleet 142 Captain  Sprite Island Yacht Club Flying Scot Fleet 142 hosted the 34th annual Douglass Orr Invitation Regatta on Saturday, June 25th and Sunday, June 26th.  Six SIYC sailors and their crews were joined by 10 other skippers  and crews from surrounding clubs and as far away as Maryland and Massachusetts making for a very well attended event. Fleet 142 as very proud to host Harry Carpenter, the builder of the Flying Scot.... Read More 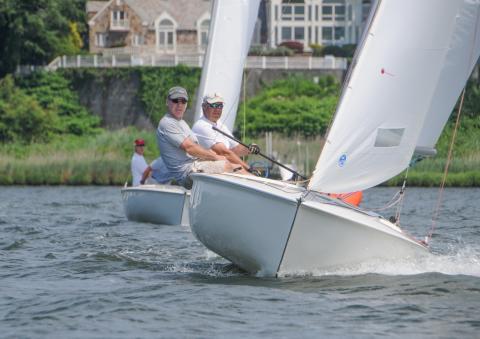 Story and Photos by Art Petrosemolo.  Full results are here.   Dan Vought and Ted Duffy have sailed together for years. They won the Monmouth Boat Club Flying Scot Full Moon Regatta in 2011 and both skipper and crew sail multiple one-design boats.             So it was no surprise on Saturday (June 11) in building winds - with gusts in the 20 mph range - that the pair guided their boat cleanly to three wins to take... Read More

Story by Bill Dunham, Pictures by Glenn Wesley The Greater New York Districts were held at Candlewood Lake Yacht Club on August 29th and 30th.  Candlewood, known for its shifty and variable winds, lived up to its reputation by providing all competitors with challenges that many had not encountered in years.  Brian Hayes and his son, Brian, emerged victorious in both the Districts and the Punzi Regatta, winning two of the four races sailed and performing impressively in all... Read More