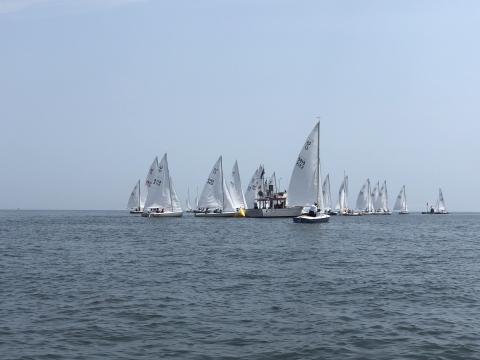 The 2021 NAC is a wrap. Race 4 was a 3-leg Windward-leeward with south winds at 4-6. It was beautiful sunny day in the 80's. The Challenger Division was Yosef in when the wind died. On to the awards. Full results are here: https://yachtscoring.com/event_results_cumulative.cfm?eID=12992 Read More

Another great talk by North Sails at the 2021 NAC 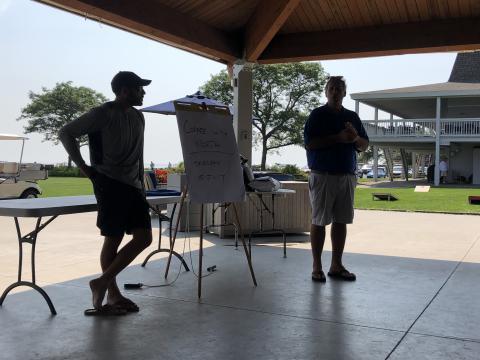 One more chance to figure out how to sail in Long Island Sound. Thanks Brian Hayes and.Zeke Horowitz for another terrific talk! Hope we get some breeze today! 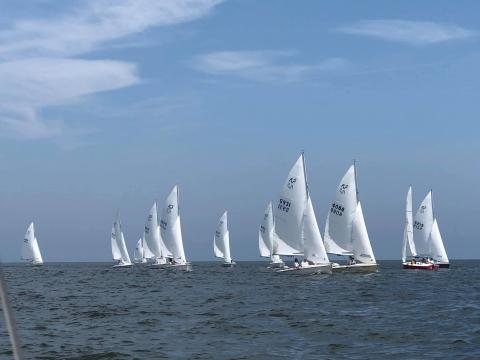 We started the day with a postpone on shore with some hope that the wind would shift SSE and pick up a bit.  Weil it did, so PRO Dick Thackaberry doused the cat-in-the-hat flag and off we went with enough wind to start, perhaps 6-7 SSE. The first 2 legs were ok but by the end of the downwind leg the wind was slowing a bit.  The last upwind leg was brutal but most boats finished. There was no wind after racing, so we got a tow in. After Day 2, David Ames leads the... Read More 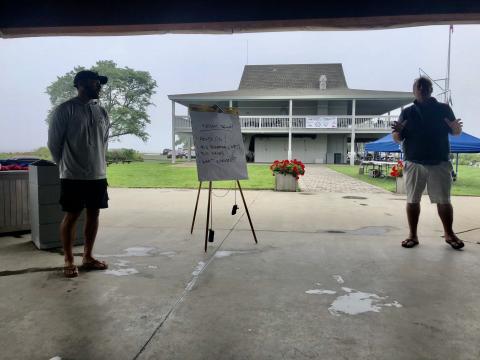 Today’s a whole new day, totally different than yesterday! Lighter wind, less waves. So we listen to North Sails’ Brian Hayes and Zeke Horowitz to figure out what we could have done better and what we can expect today. Thanks so much Brian and Zeke. While  waiting for wind, we also got a few clinic from Brian Hayes and Amy Smith Linton. All skippers Please note the umbrella you need for your crew! 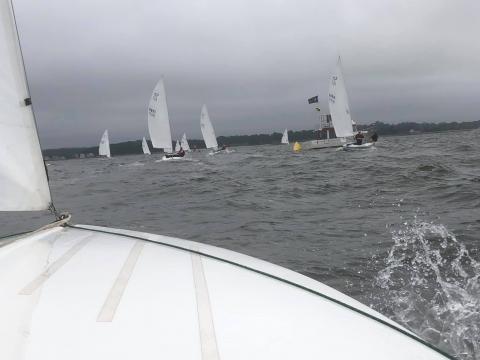 Flying Scot 2021 NAC - Sorry no interim updates today. It was honking and my hands were too wet to use the phone - I tried! East winds blowing 15-18, sometimes over 20, challenged all the teams that went out today. Big waves, big wind - lots of fun! Some stayed on shore, some came in before racing and some retired during racing. One capsize - no one hurt. Two awesome windward-leeward 4-leg races, where staying upright, staying fast and staying away from other boats was the key!... Read More