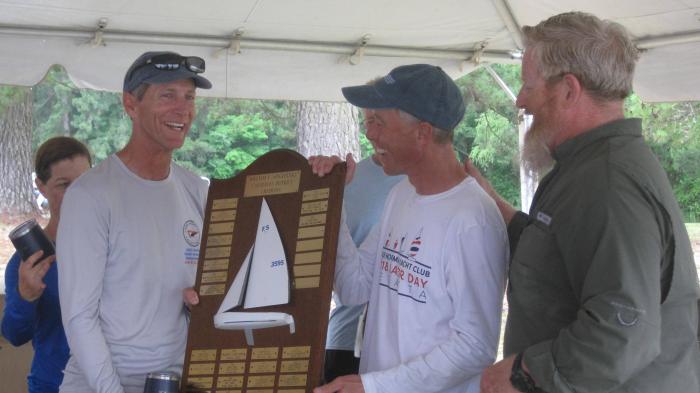 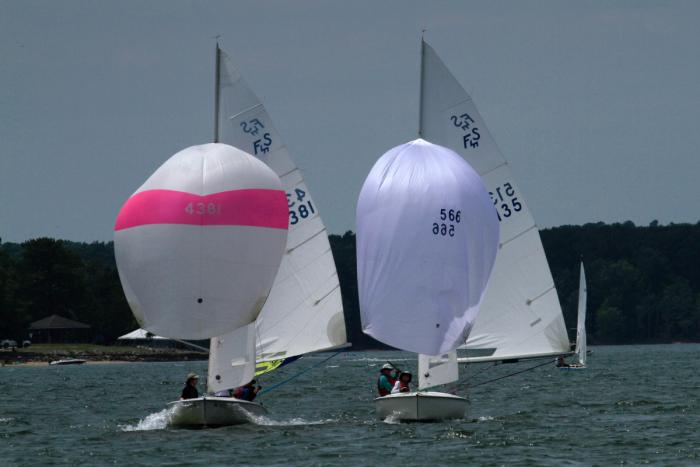 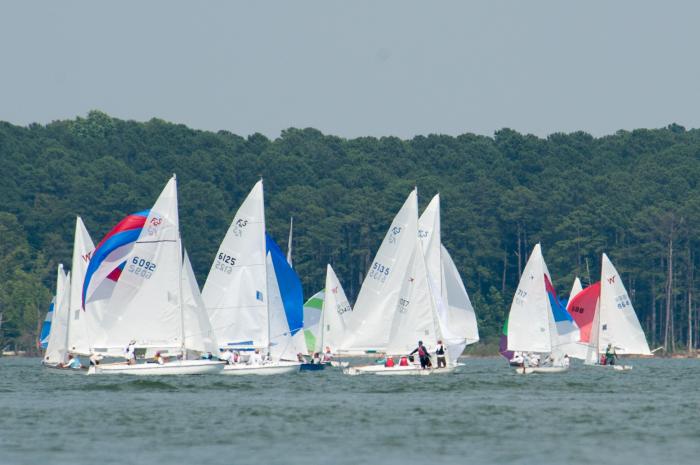 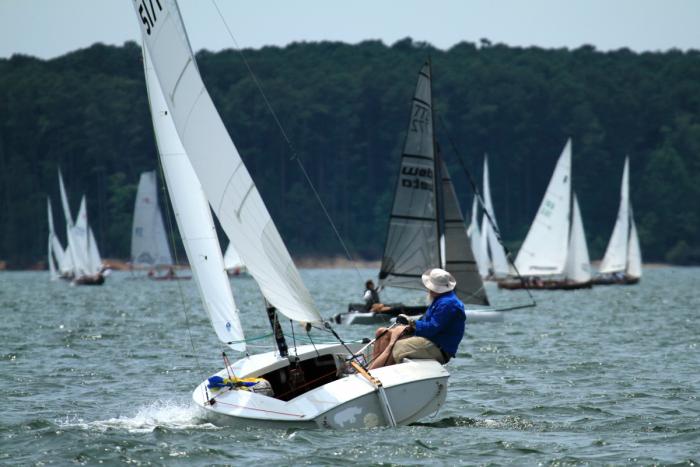 As the premier one-design regatta of North Carolina, the 64th annual the Governor's Cup drew 84 boats in ten fleets, including eight Flying Scots.  In near perfect weather on Saturday, PRO Bill Jarvis and the capable race committee kicked off six starts per race, three races over the day.  Many of the sailors celebrated the Father's Day weekend by sailing with their sons or daughters, including Flying Scot sailor Charlie Buckner with his son Silas.  Sunday racing was cancelled with a tropical storm passing through.

Lake Norman Yacht Club sailors David Rink and Joel Blade continued their winning streak, now three in a row after finishing first in the Great 48, Grits'n Haggis, and Governor's Cup regattas.  The Governor's Cup also served as the Carolinas District Championship this year.  The previous District Champion, Sean O'Donnell, was so confident of the Rink/Blade team that he presented the perpetual trophy to them already engraved with their names!