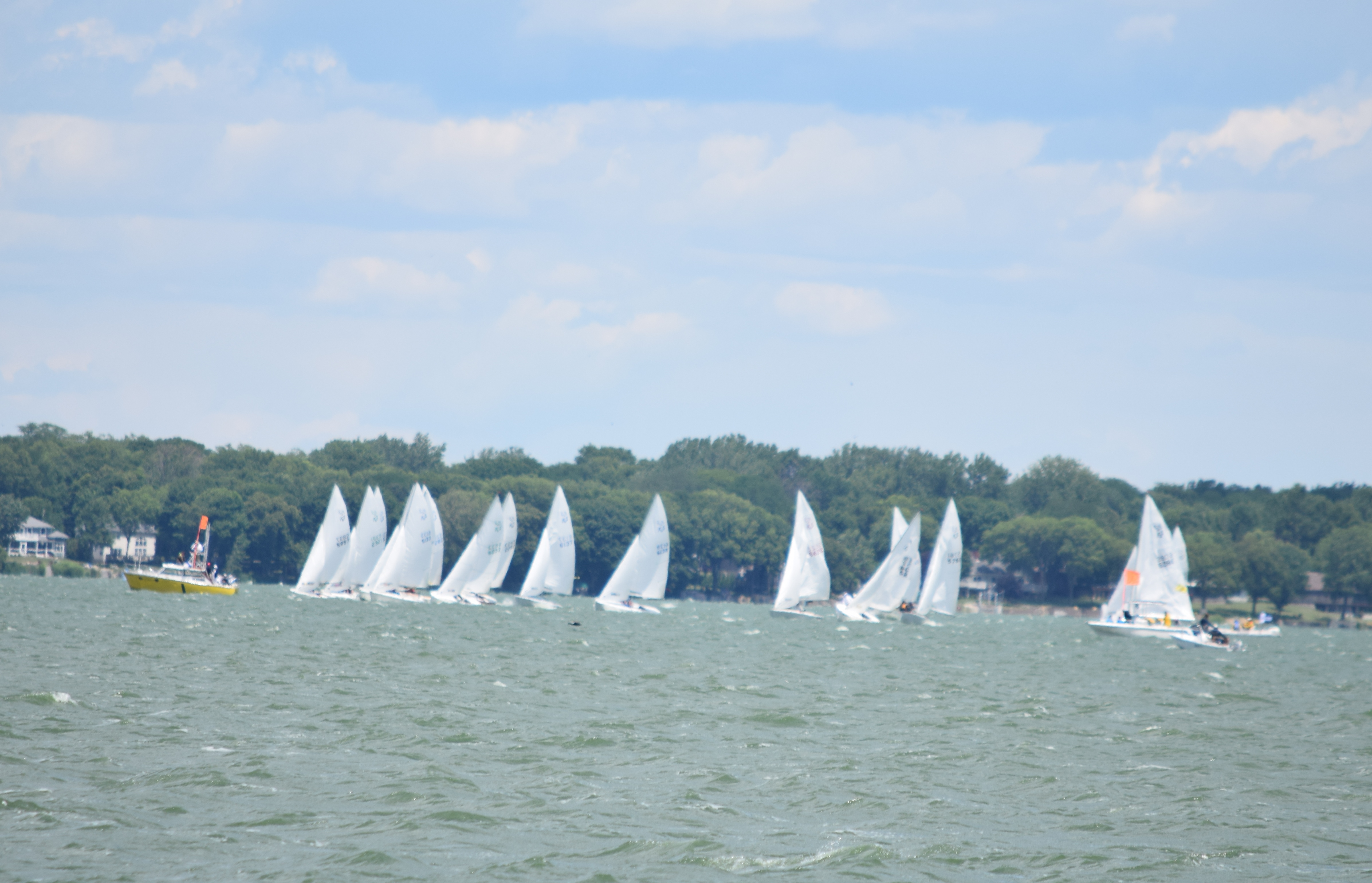 Today brought some pretty hefty West winds 16-20 in the first race and 18-20 in the second race with some even heftier gusts and lots of chop on Sandusky Bay,  Of the 68 boats officially racing, 17 stayed on land and did not venture out for the qualifiers.  A few more came back in once they got out of the protected harbor and even more came in as they approached the race course.  44 hearty skippers and crew finished Race 1 and 30 finished race 2.  There were a few boats over, but no one was hurt, and a few boats with broken parts that forced fols to withdraw.  The remarks from the sailors as they came back to shore went from "Wow, that was a rush" to "I cant believe we raced both races" to "those who chose not to go out today made the right decision".  The top 3 qualifiers are:  John Kreidler and Joe Brake, Zeke and Jay Horowitz,  Brian Hayes and Brian Hayes, Jr.  The top 34 finishers qualify for the Championship Division and the other 34 make Challenger DIvision. 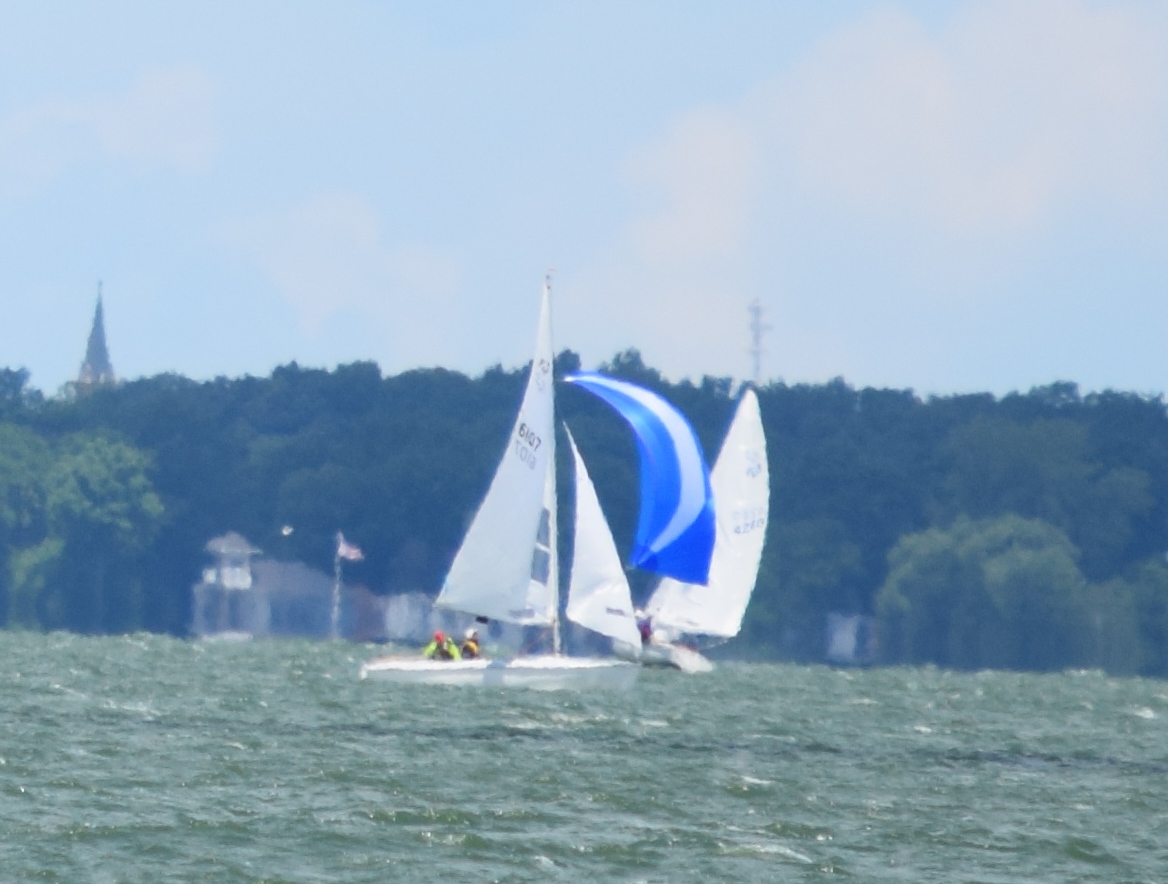