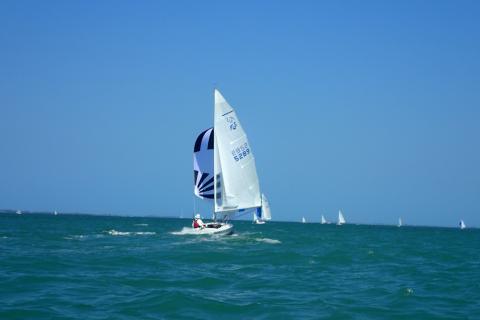 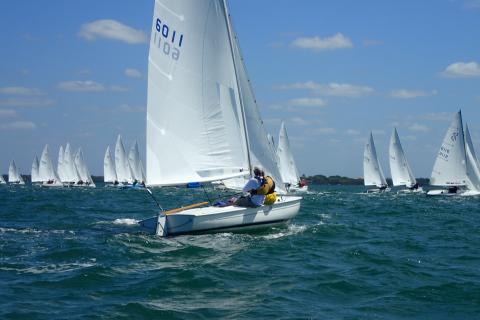 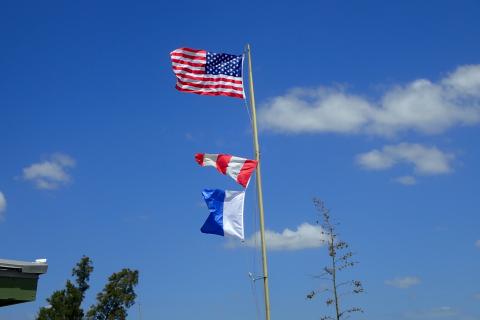 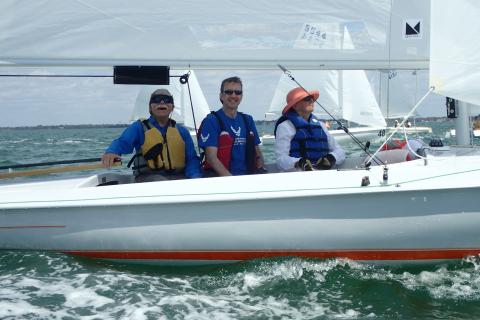 Today was expected to be a light air day, but it turned out to be a great day for racing!  With the sun only hidden by a cloud here and there and the winds from 6-12 from the East, it was so much fun being on the water today.  There were lots of shifts and if you followed them you made out well, if you didn't, you really were taking your chances.  PRO Fairlie Brinkley and team worked hard to deal with the shifts that often happened right at the start.  In the first... Read More 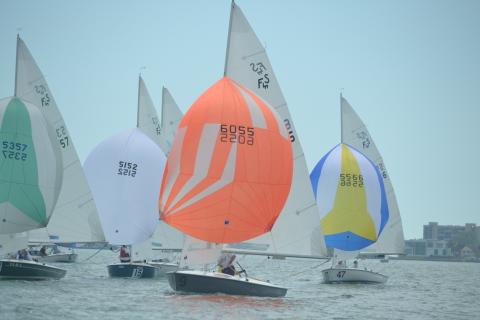 Photo by Jim Faugust Wow! Over 50 of the 60+ competitors registered for the 2018 Flying Scot Midwinters sailed out today for the practice race. With a southwesterly wind blowing 5-8, our PRO Fairlie Brinkley and team were able to get in a 4-leg windward-leeward race. The mark roundings were tight, the fleet was pretty close. In the end Zeke and Jay Horowitz led the way to the finish with the rest of us not too far behind. The Charlie Fowler trophy for the top 3 finishers in a fleet... Read More

No upcoming events have been entered for this district.
END_OF_DOCUMENT_TOKEN_TO_BE_REPLACED