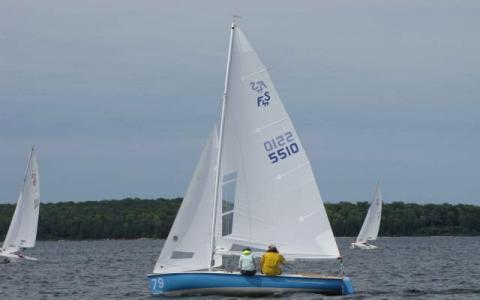 Reply to the 40-year Title Challenge 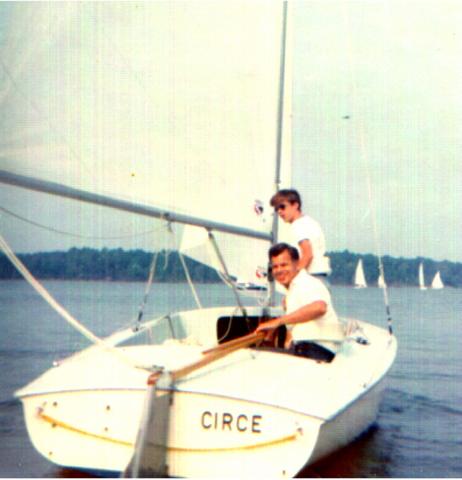 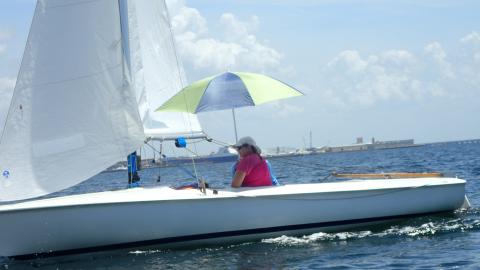 With the temperatures in the 90’s and the breeze down from the previous days at 7 -10 MPH from the SSW, the RC ran a flawless 4-leg Windward-Leeward course, making it longer than previous races for the final race of the event.   After racing there was plenty of beer and hors d’oeuvres for anyone who skipped breakfast or is hungry after being on the water. Pensacola Yacht Club has put on a great national championship for the Flying Scot Class and we should think about... Read More 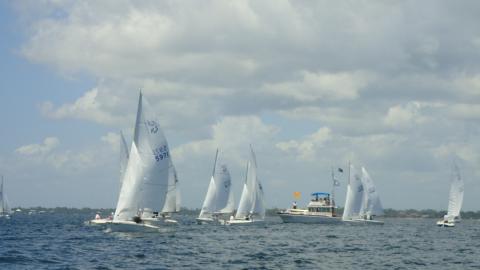 After a postpone on shore, the breeze filled in and we went out and almost started on time at 12:00 – we started just a few minutes after noon.  With a 7-10 MPH SSW wind for the first race and 10-12 MPH for the second race, Hal Smith and the RC got in 2 more great 4-leg Windward Leeward races. There was not much chop but there were confusing shifts so what seemed like the time to tack would just turn into a lift a few seconds later. With temperatures into the 90’s today in mostly... Read More 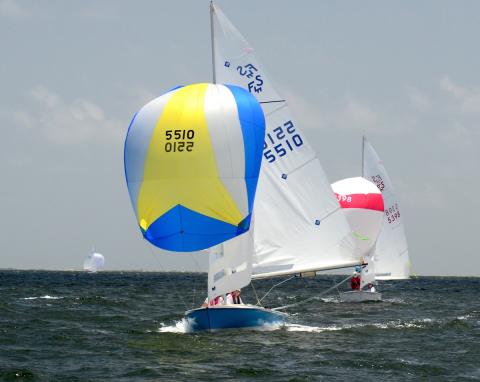 Can you say another picture perfect day on Pensacola Bay? Low 90’s sun shining, southerly breeze at 8-10 MPH and not too as much chop as yesterday, What a great day on the water. PRO Hal Smith and crew got in 2 4-leg Windward Leeward races after a couple of false starts when the current was pushing everyone over the line. The RC cautioned everyone and the starts went off smoothly. After Day 1 the leaders on the Championship Division are (1) Tyler and Carrie Andrews, (2)... Read More 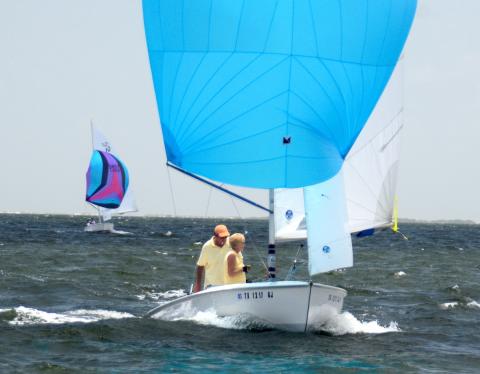 It was a dark and stormy night – somewhere, but not here. Today we had the FS NAC Qualifier Races and we havethe splits between Championship and Challenger Division for the finals. Hal Smith and his excellent RC ran 3 great 4-leg Windward Leeward races in 8-12 knot south winds and 89 degrees under partly cloudy skies.  We had the usual ABCD divisions and everyone ends up sailing against each other at least once. Photos by Talbot WIlon are here and photos by DIane Kampf (mostly taken... Read More 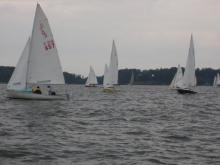