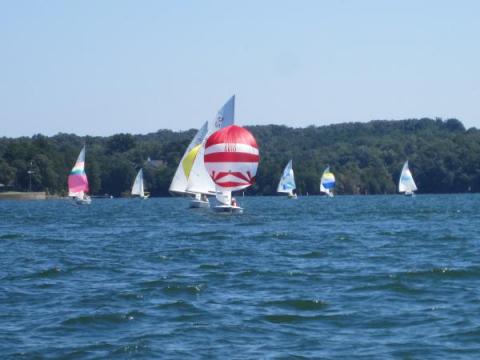 We weren’t sure if we were at the Midwinters or the Wife-Husband today at Lake Joe Wheeler in Rogersville, AL.  But in fact it was the Wife-Husbands, hosted by the Privateer and Muscle Shoals fleets.  Many couples went out wearing winter caps and everyone had several layers of clothing to be prepared for to low 50’s, the cloudy weather and the wind.  With shifty 10-14 knots winds, we finished all 3 scheduled races today, and despite the fact we were told that the water was much... Read More